Health care in rural Africa is compromised by distance and accessibility. As we saw several years ago in Sierra Leone, the Ebola outbreak spread quickly in remote areas in part due to misunderstandings about the disease, treatment, and how it spread.

Communicating information and delivering basic health related supplies, some as simple as soap, are huge first steps in battling disease and even death in  small rural communities.

Our partner in Madagascar is focused on providing health services across six remote regions in north and northwest Madagascar. This program is known locally as MAHEFA, a USAID-funded project.

Over the course of the program 6,052 community health volunteers (CHVs) were trained, equipped, and supervised to provide basic health services in the areas of maternal, newborn, and child health; family panning and reproductive health, including sexually transmitted infections, water, sanitation, and hygiene; nutrition; and malaria treatment and prevention at the community level. 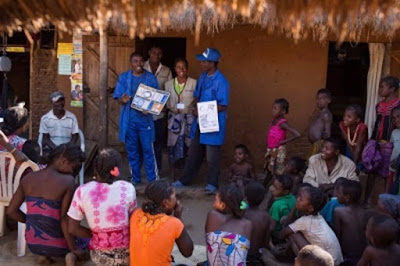 The biggest obstacle for these CHVs is reaching the families who depend on them for basic health services. The primary challenge identified through MAHEFA was one of transportation.

Almost half of the villages in this region are inaccessible by motor vehicle for at least four months of the year due to the rainy season. One fifth are inaccessible for nearly half the year, placing residents at risk. While public transportation does exist for some areas, at some times of the year, it is frequently insufficient, unreliable, and/or expensive. As their title suggests, CHVs work on a voluntary basis and therefore receive no compensation to offset travel expenses. 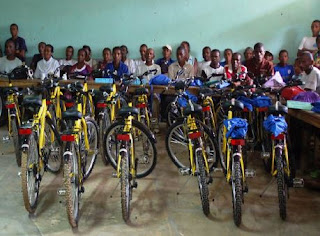 The effort to supply bikes was to solve several issues in providing care in these remote areas. Assisting CHVs in transportation to patients, medical supplies, and support meetings were key aspects of the program. Additionally, providing an incentive to CHVs, working long hours for free, was also a priority. 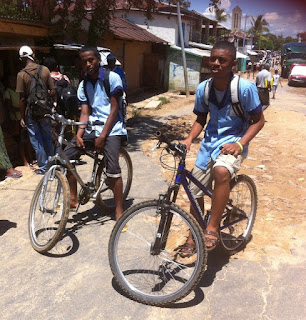 CHVs reported being able to visit patients more frequently and also further distances away, while still saving themselves time and energy. The cost of transportation also dropped significantly. Whereas before CHVs would hire a taxi or ox cart they could now ride a bicycle for free.

An unintended response came from patients who ended up respecting caregivers arriving on bicycle more than those on foot. In Menabe women perceived that CHVs who arrived at their homes on bicycle were providing services of higher value. The social status of CHVs soared just by owning a bicycle. This also increased the CHVs motivation level to perform their jobs.

Several challenges still existed. Only 17% of CHVs received bikes through this program. Of those, many still struggled to maintain their bikes due to the availability of spare parts and even service. While all CHVs received training and tools to work on their bikes, some of the more complex repairs were still out of reach.

MAHEFA identified four of these regions in which to place accessible bike shops, called eBoxes. An eBox is often staffed by CHVs, providing an even greater incentive by offering a salary to those employees. Used bikes donated from the UK and USA (Bikes for the World) were delivered to these eBoxes along with a supply of used parts.

These micro enterprises assist CHVs with parts and repairs of their bicycles. The shipments of used bikes from overseas also help fund the shops as well as contribute to the health related activities of the communes. Bikes for the World sent its second shipment of bikes to this project just last week.

Posted by Bikes for the World at 6:50 AM

Email ThisBlogThis!Share to TwitterShare to FacebookShare to Pinterest
Labels: Madagascar