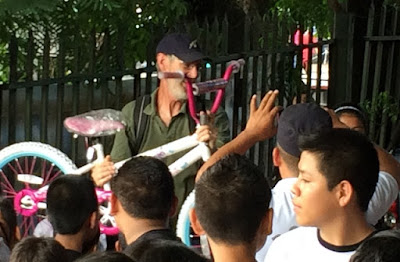 In the fall of 2014, Bikes for the World visited El Salvador to evaluate the progress of bike beneficiary partner CESTA, the El Salvadoran Center for Appropriate Technology. In 2015, CESTA became one of our largest recipients of donated bikes for the year. During our visit in 2014, we dropped into CESTA in San Marcos where they receive our bikes and train mechanics in the workshop. We also interviewed several interns, several key bike beneficiaries, and visited a couple schools to learn more about growing up in El Salvador. 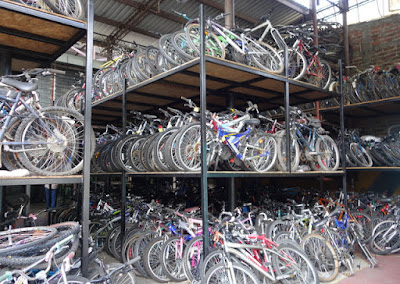 Bikes for the World added CESTA as a beneficiary partner in 2012. Since that time we have donated over 4,300 bikes to the project through our efforts in the DC Metro region. Just last year in 2015, Bikes for the World assisted in placing more than 2,000 bikes in El Salvador through sister organizations in Chicago, St. Louis, and a group in Wisconsin.

CESTA's goal is to promote the empowerment of community organizations and municipalities in El Salvador to improve their quality of life in harmony with the environment. Their primary areas of work focus on transportation, health, and the environment. Our donated bikes support all three areas. 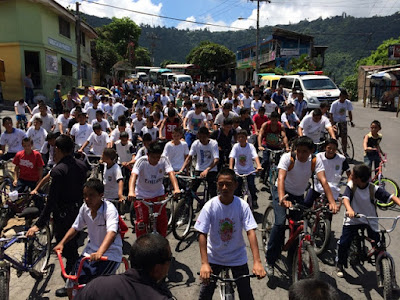 Through community bike rides, CESTA promotes a healthy lifestyle alternative that in turn is also beneficial to cutting pollution and protecting the earth. They work within local jurisdictions to bring safety and visibility to riders, specifically in the urban setting of San Marcos.

The bike project, known as EcoBici, helps introduce more bikes to the city and surrounding towns while creating mechanic training programs for at risk youth in a dangerous city. 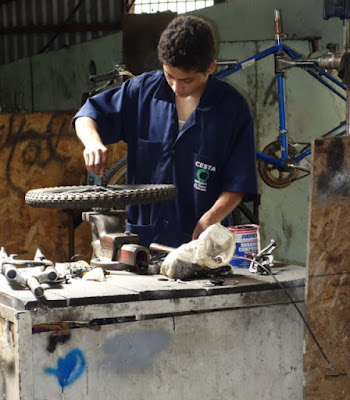 EcoBici provides internships in bike repair to low-income youth. The interns are typically 'employed' for three months while they learn technical skills for maintaining and repairing bicycles. Some interns are invited to stay longer if they exhibit advanced interest or skills in bike mechanics. Interns receive an allowance for food and transportation. Some students who live in more distance towns are also offered a room in the CESTA dormitory. Student mechanics also earn a small wage for every bike they repair during the internship.

Many trainees in the program cite the camaraderie among participants as a strong motivating factor of the project. CESTA, through it's many programs supporting the environment, also provides a much needed alternative to gang involvement to area youth. CESTA works with youth on conflict resolution tools and provides a pathway to more productive leadership roles in their own lives and their communities.

Posted by Bikes for the World at 9:14 AM