Featured Volunteer: Tom and Roger Rinker of The Bicycle Escape 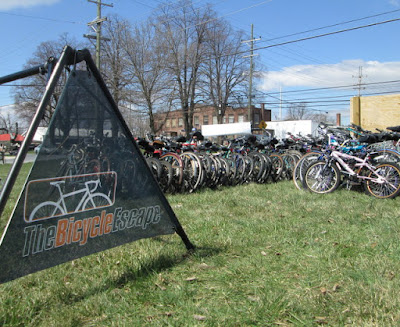 This month we have a pretty exciting event happening at Bikes for the World. And we aren't talking about our recent move to Rockville. Okay, so this April in general is a very exciting month for BfW! But the big news we are talking about here, is a first-time-ever loading happening in Frederick Maryland.

It's no secret that the Rotary Club of Carroll Creek has been absolutely KILLING IT collecting bikes over the last few years. Truth is, they've always been one of our biggest partners since we became BfW in 2005. Since then, the Rotary Club of Carroll Creek has collected and donated well over 2,000 bicycles to our program and there's no sign of that slowing down any time soon. 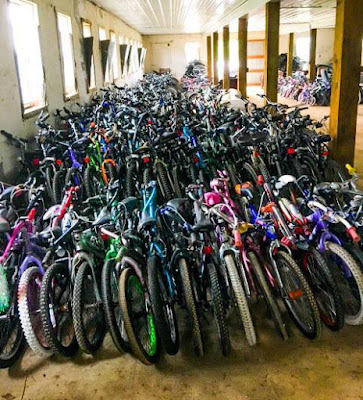 To give you an idea of what they are doing up there in Frederick...in 2014 they collected 149 bicycles. In 2015, they turned up the heat and collected 305. In 2016, under the leadership of Richard Foot, the Rotarians set a goal of collecting one bike for every day in the year. Last time I checked that was 365 days. But the Club looked past their goal and turned in an impressive 539 bikes that year. In 2017, the reins were handed over to Norm Birzer and let's just say they've already surpassed last year's collection and their collection is scheduled for April 22!

So back at BfW headquarters we had a staff meeting and said, this is crazy! Why don't we just bring in a container to Frederick and do the loading there instead of bringing all those bikes back to DC. See, not only is the Rotary Club of Carroll Creek collecting bikes, but they have secured year long storage, have a cache of volunteers on hand, do regular pick ups at police departments, recycling centers, and bikes shops. Then they also coordinate community cooperation to pull all this off. They ARE a small BfW splinter operating just outside our normal radius of operation. 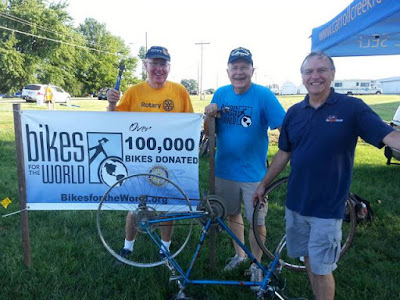 So this year on Earth Day, April 22 the Rotary Club of Carroll Creek will host their annual bike collection at Triangle Motors on North Market Street. And right there alongside the collection we'll have our container being loaded at the same time by the same volunteers who helped collect all those bikes. And if you drop your bike off that day, you can stay and watch it go into the container and you'll know exactly where it's heading. The project we support in El Salvador CESTA.

But as we pointed out, this kind of success takes a village. Quite a few people came together over the last couple years to make this happen. Two of those people are being honored this month at BfW, Tom and Roger Rinker. 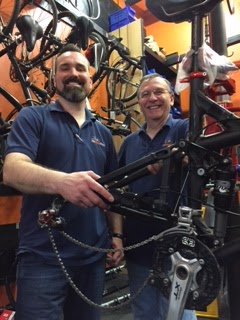 Tom owns The Bicycle Escape in Frederick and has been a huge Bikes for the World supporter over the years. The Bicycle Escape feeds the Rotary club hundreds of bicycles over the year, but more importantly the shop also donates tons of tubes, tires, parts, and accessories. All of these 'extra' items are especially important to our partner mechanics overseas who have to get all these bikes back on the road once they arrive...AND keep them rolling.

"Roger (Tom's dad) has been the driving force in these recycling activities and helping with our annual collection," said Norm Birzer, Bicycle Committee Chair.

Tom and Roger were also behind the connection made with the Frederick Police Department to facilitate the release of a fleet of police bikes for the 2015 bike collection.